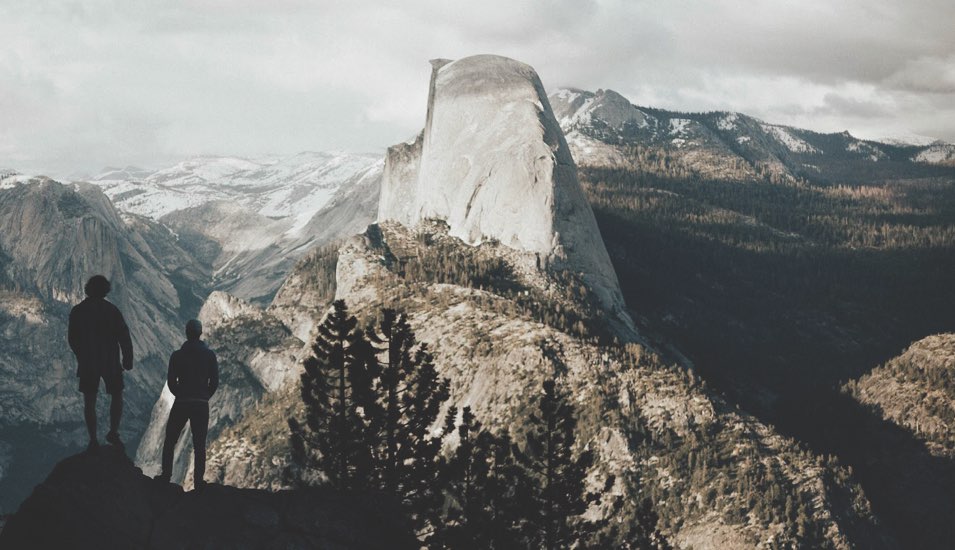 Here at Bethel, we see the greatness in each generation and believe that, in the kingdom, we’re called to do life and to lead together. We have an established value for multi-generational leadership with a passion to see each generation thriving and building with one another simultaneously.

As leaders that love God, we need to keep away from the idea that “the old is behind us.” We’re all here today because someone else has laid a foundation for us to build upon; even if we don’t fully understand the context of why things were built the way that they were.

In Acts 2 we see that the specific move of God when the Holy Spirit came, it was not for one generation alone, nor was it to a specific gender. It encompassed both young and old. It’s important that we live and walk as leaders with a healthy perspective of this. That’s not to say that we don’t live in an interesting time in history, where generation gaps happen more frequently than ever before. Information and technological advancements of the “modern era” are propelling us forward into tremendous change, and the context of each generation’s decisions is easily lost in the shuffle. There was an interesting moment within this last NBA basketball season, when one NBA legend said of current players “ The NBA isn’t the same as when we were playing.” This line of thinking reveals a current struggle found in each generation. Frequently, one won’t understand the way another has chosen to think, operate, or move forward, and as confusion settles in, criticism comes out.

But we follow a Man who is all about change, upending anything that isn’t reflecting Who He is. Change isn’t easy, and as we adjust to new seasons, it may upend our well-beings, our way to influence, our personal identities (as we invest our full selves in every season), our personal comfort, and even our interpretation of how the kingdom works. Things will happen that may violate our belief system—this kind of societal change is the reason why Jesus was nailed to the cross. If your goal is to make change easy, you’re wasting energy. Instead, our goal needs to be that, as change happens, we find what the Lord is doing, and why we’re here now, in this moment.

Why is culture and society in this place? Modernism (1500s-1900s) rationalized rational thinking. It was a move towards, “If I can see it, I can believe it. Prove it.” The mystical, mysterious, and unseen were seemingly ignored in this era—including the supernatural. The goal of Modernism was meant to bring clarity to humanity—to easily establish the “big narrative” and move society towards unified thinking. Most scholars believe that the Modern Era ended when we dropped the bomb on Hiroshima, when we as humanity realized that we could be both constructive and destructive at the same time. This began the Postmodern era (1900s-2000s), where we began asking “why” again, and wondering if there is more to life than what we can prove. We moved from, “What am I supposed to believe?” to “What do I personally believe?” This redefined art, culture, and even our traditional understanding of truth. And as advances and access have increased, so have the number of generational gaps.

Now, we find ourselves in the “Post-Postmodern Era”, or the “Pseudo-Modern Era”, and another generation of leaders is rising up. In an age where the power lives with the people more than with the government, we’re able to control what we’re being told, based on our ability and desire to interact with it. More than ever before, we’re able to create our own realities. Social media allows us to shape worldviews with a single tweet, and the character and credibility of that opinion means little to the validation given to the “echo-chamber” we can create. We live in a world where the information is more important than the source, and perspective and context are frequently absent. Societally, we’re creating leaders with no experience, mass information with no process, and powerful people who are helpless.

For the older, wiser person, the temptation is to move into criticism or fear. But I implore you—don’t give in. We need to be careful about what we say to the existing dynamic. If we criticize it, we can’t be surprised if we don’t have favor in it. I believe that more people will come to know Jesus in this era than any other before. We, as a society, are asking what it means to be human, and this is creating a “deep-unto-deep” call in our hearts for eternal truth. The Lord is looking for people who are willing to partner with Him in hope, and in the communication of truth to a world hungry for it.

So how do we lead in these environments, where generations are constantly changing and new ones are rising regularly? First and foremost, we need to aim our hearts, love, strength, and wisdom towards one another. We need to adjust our posture towards each other. If you’re farther along in your journey of life, find words of hope that invite you into influence, not words of judgment or criticism. Secondly, your role is now bringing context. Leaders in the past were the main information givers. But now, our main priority as leaders is to contextualize the information being accessed. Spend time getting a bigger perspective. Third, it’s important to ask a lot of questions. In a multi-generational culture, this is one of the smartest things that we can do. If you’re a young leader wanting to bring change to something, understand why it currently is the way that it is. If you’re an older leader, work to understand the thought processes of those in a different place in their journey. Finally, maintain authenticity. This is massive. When you have “big narrative” controlling society, showing weakness or being vulnerable is unwelcome. But we need to understand that what the world is craving, as the questions get bigger and deeper, is a raw demonstration of truth and authenticity. The idea behind the hashtag “#nofilter” was to help people to see something untouched and non-photoshopped. The world is searching for the real thing. Live an authentic, real life, and let it show—let people see you. Your honesty breaks old standards and creates an accessibility beyond what stands in front of the crowds, opening opportunities for influence and permission to encourage change.

No matter what generation you find yourself in, wiser thing we can do is aim towards one another, and become a united front. Male, female, young, and old—we can unite together to lend strength, wisdom, and give grace to one another as we collectively learn to lead well—together.